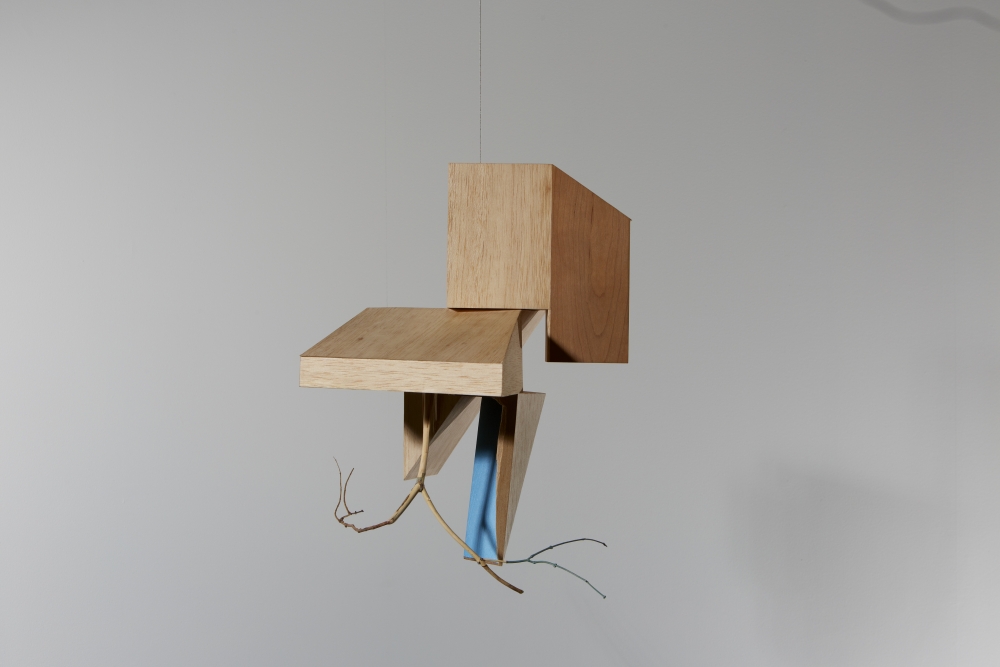 PKM Gallery is pleased to announce the solo exhibition by the installation artist Koo Hyunmo (b.1974), from February 6 to March 7, 2014. Titled Sajik-dong, this exhibition presents the artist’s recent oeuvre, as well as installation and video works, as an extension of the ‘house’ series that the artist has produced since mid-2000s.

Sajik-dong, the area Koo had lived in his childhood, is a specific time or place that exists in the artist’s memory, as well as a reminder of the universal place of ‘everyday space’. Koo’s works on motifs of life freely traverse across space-time; In Roof, the standpoint of the viewer and the movement of the work yield to possibilities for open interpretation such as floor, wall, and roof, while Philadelphus and Village respectively capture the view out the artist’s window when he lived in Germany in 2010, and the alleyway in the artist’s childhood neighborhood in Sajik-dong. In his work, the house is not something solid but fluid and mobile, trees escape the everyday speed and flutter in Bach’s cantata in slow mode, and a groundless village hovers in space. The framework of real world as perceived by the viewer becomes flexible and warped in the artist’s trivial modification of form and situation. The artist’s way of seeing the world between the fissures of everyday space and time shakes down our common perception of space-time.

Koo Hyunmo studied Ceramics at Hongik University and Sculpture at Dresden Academy of Fine Arts, and received Meisterschuler under Professor Martin Honert in Germany. He has been working actively in Leipzig, Dresden and Berlin in Germany, and has shown his works in prominent venues in Korea such as Arko Art Center and Art Center Nabi. Koo was awarded the MPI-CBG Art Prize in 2009, and his works are included in the collections at Staatliche Kunstsammlungen Dresden.