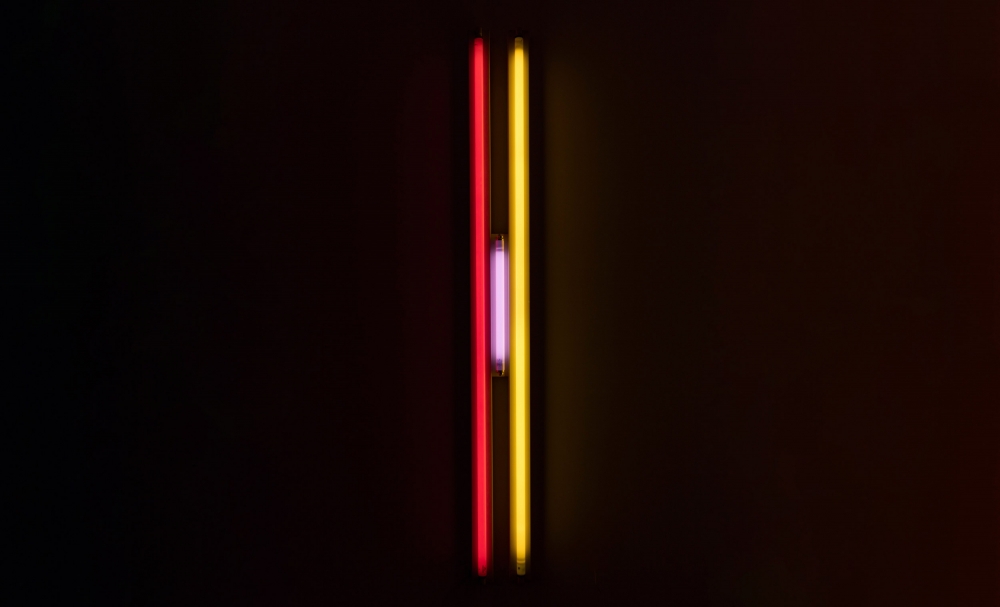 The title Puerto Rican light (to Jeanie Blake) 2 refers to an employee at Green Gallery, New York, Jeanie Blake, who remarked that the artist’s use of bright red, pink, and yellow colors reminded her of “Puerto Rican lights.” Flavin’s 1963 exhibition at Green Gallery was his first entirely composed of works made of fluorescent light and marked a major turning point in his career and the development of his signature Minimalist language.

Flavin often added parenthetical dedications to friends, family members, artist colleagues, or historical figures (often painters) to his titles, inserting social and art historical references into otherwise Minimal works. The presentation at ICA Miami gathers intimately scaled pieces from the mid-1960s that explore Flavin’s interest in the sculptural and painterly qualities of color and light and their relationship to built space. In addition to Puerto Rican light (to Jeanie Blake) 2, a tall, vertical arrangement of fluorescent tubes, which relates to the human body in its size and warm hues of pink, yellow, and red, the exhibition features the rectangular-shaped a primary picture (1964), consisting of the primary colors red, yellow, and blue, as well as four red horizontals (to Sonja) (1963).


Quoted from the press release