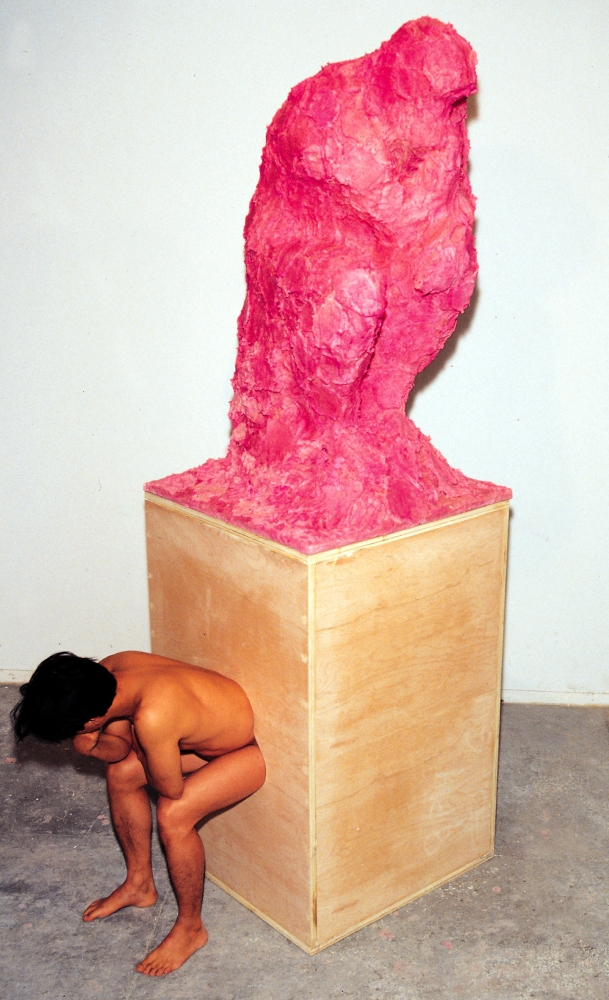 When artist Cody Choi first arrived in the U.S. in the 1980s, he frequently suffered from stomach and bowel problems, stemming from having to adjust to a new culture.

Unable to afford a clinic visit, his go-to remedy was Pepto-Bismol, an over-the-counter stomach relief medicine.

Looking back on his early days in the U.S., Choi made a sculpture in 1996 that has the shape of Rodin’s “The Thinker” but is made with pink liquid Pepto-Bismol and toilet paper -- the two objects that represent his early “cultural indigestion.”

“I realized the enormous stress I had was due to the cultural shock,” recalled Choi, in an interview in Seoul.

The sculpture, also named “The Thinker,” is being showcased in Germany with some 80 other works by Choi, who has explored cultural clashes between the Eastern and the Western worlds for the past 20 years of his artistic career. The retrospective is being held at Kunsthalle Dusseldorf in Germany until Aug. 2 and is expected to travel throughout Europe.